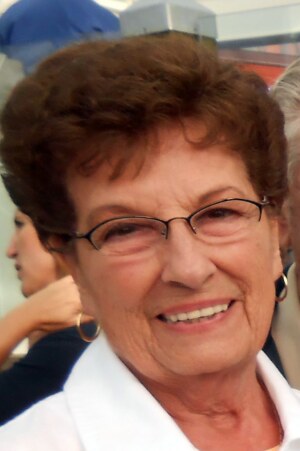 Rasmussen, Theresa, 93, of Meridian died on July 23, 2021, Cremation is under the direction of Cremation Society of Idaho.

In memory of Theresa Chester-Rasmussen June 17, 1928 - July 23, 2021 Theresa Chester-Rasmussen was born June 17, 1928, in Seattle, Washington. She was third in a family of 2 girls and 3 boys. November 1, 1946, she married the love of her life, Loyd Rasmussen, in Medford, Oregon. They started their family of four in 1948. She was a dedicated mother. Her priority list was God first, then family. And she balanced them both very well. For most of her married life she supported her husband in business as bookkeeper for Rasmussen’s Super Service, a gas station and mechanics shop in Jacksonville, Oregon. She was quite a gardener, planting beautiful flower gardens wherever she lived and had an eye for landscaping. She was also a competent seamstress, sewing clothes for her family and herself - there were a lot of Easter outfits. She excelled at hosting family milestone events. She seemed to have a hidden talent for these things. She once said that she could have written the "I Hate to Cook" cookbook. However, that doesn’t really compute; she made great pies and berry cobblers and in the summer would get the barbecue ready with 3 whole chickens on a rotisserie basted with homemade BBQ sauce so her family would have a delicious meal when they got home from church. Many a Sunday the table was set with fried chicken, salad, biscuits and mashed potatoes & gravy. Her personal belief in God and His word, the Bible, was a big part of who she was. Her faith guided her in all she did. Throughout her life, she mentored many young women, giving clothing, food, shelter; whatever was needed. She taught her children to do the same. She modeled a servant’s heart, serving wherever and whenever she was asked. She was Sunday School Superintendent of the Medford Foursquare Church for many years. She was requested to sing at lots of family and church events. Music was also a large part of her childhood, singing along with her siblings and playing instruments in church. She made sure that her four children all played instruments and sang as well. She and her husband chose to live their retirement years RV’ing with home base at Superstition Sunrise RV Park in Apache Junction, Arizona, for 27 years. They moved to Meridian, Idaho, in 2017 to be closer to their family. Theresa was truly a beautiful woman in every way and her fashion sense was on step up to the day she left this earth. She moved to her heavenly home on July 23, 2021, at the age of 93, as a result of injuries from a fall. She is survived by her beloved husband of 74 years, Loyd, and 4 adult children; a daughter, Gloria Crawford, from Shelton, WA, a daughter, Phyllis Ferguson, from Meridian, ID, a son, Jerry and a son Steve, both from Medford, OR, and two son-in-laws, Gregg Crawford and Dan Ferguson; 7 grandchildren, 17 great-grandchildren and 3 great-great grandchildren. She was close to each one of them and will be missed so very much by them all.

To plant a tree in memory of Theresa Rasmussen, please click here.