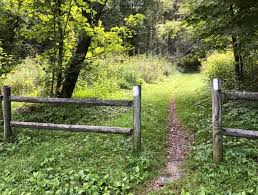 Teddy Wane Kelley, 81, of Nampa died on April 5, 2021, Cremation is under the direction of Cremation Society of Idaho.

Teddy W. Kelley, 81, became absent from the body and present with the Lord on April 5, 2021 ending his struggle with the effects of his stroke of 2017.

Ted was born January 1, 1940 in Delmar, Alabama. His first 11 years were filled with adventures in the woods and fields of Winston County. His family moved to Michigan when he was 12, and at the age of 17, he enlisted in the United States Air Force.  After basic training, he spent the next two years at Mountain Home Air Force Base in Idaho. He received an early out honorable discharge on May 18, 1959, due to a frozen class designation.  He married Phyliss Gilliland in Boise, ID and they had one son, Gregory.  They divorced in 1971.

Ted met and married Veronica Hammer in 1974, in Nampa, ID.  They had many adventures together over the next 46 years and were blessed with a great love and companionship.

Ted pursued many vocations, including working in the Oregon woods, furniture upholstery, real estate, custodial work and upon completion of his Associate Degree in Computer Science in 1983, finished his career as a computer operator and programmer for PeaceHealth in Eugene, OR.

Ted was always learning and was an avid reader. He could teach himself anything by reading. If there was a project to be done, that he wasn’t sure how to do, he would get a book and accomplish it.

He loved to hunt and fish and had many enjoyable trips with family and friends over the years. He loved the outdoors and appreciated God’s workmanship in nature.

He loved music and learned to play the violin and dulcimer, though he never was satisfied with his musical ability. He also tried the harmonica and Irish whistle. He greatly admired musical ability in others.

In his retirement years, he took up woodcarving and painting.  Here, again, he was completely self-taught through books.  He was exceptional in his woodcarving of birds and other wildlife.  They were very detailed and realistic. His oil and acrylic paintings were a great outlet for him after he felt he wasn’t steady enough to carve.  He painted a variety of subjects from nature to people.

Ted was raised to know and love the Lord, but acknowledged that he really didn’t accept Jesus as his Savior until the late 1970’s.  In his testimony, he said, “I believed in God, but was not living for him. Then one day after I got married, my wife, Veronica, asked me to pray with her and I had a life changing experience.  Since then, I have felt that there is true value to my life and I know that I have eternal life.”  He made his confession of faith through baptism while living in Alabama.  He was not always comfortable with conversation, but lived his faith through kindness and compassion.

Ted and Veronica made several moves in their married life and made good friends everywhere they lived.  They lived in Idaho, Oregon, Florida, Alabama, and finally moved back to Nampa, ID in 2012. God’s blessings followed them all the way.

Ted will be sadly missed by his loving wife, Veronica of 46 years, his son, Gregory, his sister, Doris and her husband Michael, his granddaughters, Danielle, Nichol, and Shayla, his five great grandchildren, and many cousins, nieces, and nephews.

He was preceded in the death by his parents Odie Kelley and Lois West Kelley Tennant, and his sister Barbara Cockrell.

It is always hard to sum up the life of one you love, but know that he was principled, fair and kind. His life was not always easy, but his life verse saw him through every trial. “Blessed is the man who perseveres under trial, because when he has stood the test, he will receive the crown of life that God has promised to those who love Him.” James 1:12

Memorial donations may be made to The Gideon’s, St. Jude’s Children Hospital, or the Elder Fund at First Baptist Church, Caldwell, Idaho.

Cremation is under the direction of Cremation Society of Idaho.  https://www.cremationsociety-idaho.com

To send flowers to the family or plant a tree in memory of Teddy Wane Kelley, please visit our floral store.

You can still show your support by sending flowers directly to the family, or by planting a memorial tree in the memory of Teddy Wane Kelley
Share a memory
© 2021 Cremation Society of Idaho. All Rights Reserved. | Terms of Service | Privacy Policy