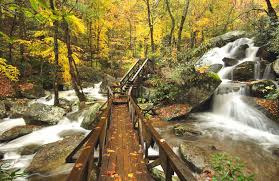 Joel Stacey Pennington, 62, of Nampa died on January 13, 2022, Cremation is under the direction of Cremation Society of Idaho.

Joel Stacey Pennington fell asleep in death at his home surrounded by his wife and friends on January 13, 2022.

Joel was born on August 25, 1959 and was raised in East Wenatchee, WA by parents who were Jehovah’s Witnesses.  Because of his love for Jehovah God, Joel volunteered as a full-time worker at the World Headquarters of Jehovah’s Witnesses in New York. Starting on June 20, 1980, working on the binding of bible study books, and the construction of new and expanded facilities at Brooklyn, Wallkill, and Patterson, N.Y. and remodel projects at Mountain Farm New Jersey, and Jersey City Assembly Hall.

Joel married Susie Gwyn January, 22, 1983 and she joined him in volunteering at the headquarters. They continued there together until June 24, 2006, after which he and Susie began serving as full-time volunteer Bible teachers in Nampa, Id.

Joel is survived by his wife Susie and her family; siblings Mark Pennington (Rachel), Brett Pennington (Alice), Victoria Davis (Randy) and Phyllis Pennington and his nieces Ashley and Mayia Pennington. Joel was predeceased by his parents George and Edna Pennington.

Joel suffered with severe health issues for the last 15 years. However, he did not focus on that, instead he was known as a kind, caring, and giving person with a very firm handshake. He had a good sense of humor, but was known foremost as a spiritual man.

If you would like to leave condolences, or memories please go to Cremation Society of Idaho at https://www.cremationsociety-idaho.com/tributes/Joel-Pennington.

The family requests donations in honor of Joel to be made to Jehovah’s Witnesses at https://donate.jw.org/ui/E/donate-home.html#/donate in lieu of flowers.

To send flowers to the family or plant a tree in memory of Joel Stacey Pennington, please visit our floral store.

You can still show your support by sending flowers directly to the family, or by planting a memorial tree in the memory of Joel Stacey Pennington
Share a memory
© 2022 Cremation Society of Idaho. All Rights Reserved. | Terms of Service | Privacy Policy