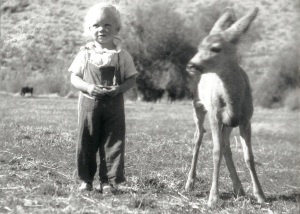 Darlene Carol Townsend, 85, of Boise died on October 11, 2020, Cremation is under the direction of the Cremation Society of Idaho.

Darlene Carol Townsend, 85, went to be with God on Sunday, Oct. 11, 2020, just after midnight, passing in her sleep after a long battle with CLL (Chronic Lymphocytic Leukemia). Darlene was the first child of Darley and Carolyn Townsend, born April 13, 1935, in her Aunt Ada’s house near the beginning of Johnstone Road in Homedale, Idaho.

Darlene was a born-again Christian who talked with God each day, asking for guidance and advice.  These conversations directed a great many of the adventures in her life.

Darlene was a 1953 graduate of Homedale High School, along with two of her same-age first-cousin buddies, Judy Thomas Tolmie and Maxine Millspaugh Stimmel.  Those three girls spent happy weeks in summer at the cattle ranch of their grandparents on Flint Creek, Idaho, near Jordan Valley, OR.  During World War Two Darlene’s family lived at Meadows, ID, where she attended grades one through four at the old brick school house there.  Her father Darley was frozen to his logging job in New Meadows during the war until November 1944, when the family moved back to Homedale, living in a rented house at the old Gem Irrigation District pumping plant on Snake River.  Darlene and Maxine both entered Homedale schools and joined cousin Judy for the rest of the school years.

Darlene was a member of the Owyhee County Historical Society and helped edit books and articles about the area.  The Owyhee Avalanche newspaper published several of her historical essays over the years.  Darlene spent many hours in summer with her cousin Jack Thomas, Judy’s older brother, driving their four-wheelers on dirt roads and trails above Silver City, Idaho, where Jack has a house.

Darlene’s daughter, Jeri, once asked her mother to write a brief essay highlighting some of her life.  This

is what she wrote:

“I lived with my parents in their homestead cabin off and on as my father found work at various places.  When I was 4, we lived in a tent house at Macgregor south of McCall where my father was employed with a logging company.  We then moved to Meadows, Idaho.  I attended the first four years of elementary school in a two-classroom school house.  It is still standing but is now a private residence.  When I was in the fourth grade we moved to Homedale where I grew up and graduated from high school.”

“I married right out of high school, living for 16 years on a farm near Melba, Idaho.  During that time I became the mother to 5 wonderful children.  Jeffrey, Roni, Jeri, Steven and Suzanne.”

“I then got a divorce and moved to Boise where I started attending BSU full time.   I took my first college class when I was 33 years old.  Thanks to changing my mind about my major it took me awhile. As one fellow said about himself, “I crammed a 4 year degree into 6 years.”  That fit me very well.  By the time I finished I was older than some of the new young professors.  But they knew more than I did.”

“Once I got started going to college I was hooked and ended up with 3 degrees from BSU and 2 from ISU. I was 56 years old when I finished the last degree.   The last degree (Doctor of Education Counselor Education and Counseling) made it possible for me to teach at the college level.  I taught in the Northwest Nazarene Counselor Education master’s degree program.  I enjoyed teaching others how to be Professional Mental Health Counselors.  I taught there for a total of 10 years until I retired at age 70.  In between getting the last degree and starting teaching I spent a few months in training with YWAM.  [Youth with a Mission].  After a few months of Bible School training we spent about 3 months traveling as missionaries around the world.  We started in the Philippines, then Hong Kong , China, and last in Okinawa.”

A private family service will be held at a later date.

Darlene hoped any memorials would go to The Owyhee County Historical Society to which she volunteered so many happy hours.

To send flowers to the family or plant a tree in memory of Darlene Carol Townsend, please visit our floral store.

You can still show your support by sending flowers directly to the family, or by planting a memorial tree in the memory of Darlene Carol Townsend
Share a memory
© 2020 Cremation Society of Idaho. All Rights Reserved. | Terms of Service | Privacy Policy